In ancient and medieval times trade routes, including the Silk Roads, crossed the territories of the modern day Republic of Ingushetia, in the Russian Federation.

The Steppe route along the Northern Caspian Sea and the beginning of the Don River was closed after the Hun period. Consequently the trade traffic with Europe passed through the Black Sea coast in the Northwest of the Caucasus. Starting from the 6th century, the Caucasus Mountain passes of the Silk Road became very important (in the Ingush language «Даьри никъ» - “The route of silk”). Most caravans crossed the Northwest Caucasus Mountain Range before the period of Greek colonies on the Black Sea coast, however the caravans also moved from Derbent to the Black Sea coast, crossing the North Caucasus plains and foothills.

The fortified settlements appeared along the caravan routes; these were the fortresses controlling the Silk Road corridors. There are 40 such settlements in the foothills of the Ingushetia plains. Their walls were fortified by towers like the ones in the Mountains of Ingushetia. (The wattle and daub towers were constructed on the plains because loose soil was inappropriate for the stone construction). A large group of fortresses were situated along the rivers Sunzha, Nazranka, Kambileevka and Achaluki. These fortified settlements were built largely due to the need to control the territories along the caravan routes. The local population was profited from trade and thus benefitted from the protection of the trade routes.

The medieval cities, such as Magas and Dedyakov, were situated on these routes. The City of Dedyakov was known for its wealth and referred to as “the glorious” in Russian historical records. It was situated between the rivers Sunzha and Nazranka, on a tall plain of strategic importance.

Caravan routes were closed off during the Mongol occupations of Caucasia in the 13th century and the towns along the route were destroyed. In the region of Derbent, caravans moved toward the mountains and came out onto the plains only at the Black Sea. (Kodzoyev N.D. Regions of trade routes in the early medieval period on the territories of Ingushetia. Thesis/ Documents from the Second International congress of caucasiologists. Tbilisi, 2010)

In the territories of Ingushetia, the second route through the mountain ran along the river Guloikhi, along the tower cities of Ghuli, Tsori, Pyalingh, Niye, Iovli, Vovnushki etc. One of the branches turned toward Barakh, whereby it went down the slope to the Targimskaya kotlovina. A big bazar in the territory is mentioned in Ingushetia folklore (Anthology of folklore of Ingushetia. Edited by I.A. Dahkilgov. – T.8.- Nalchik, 2010. Pg. 179). In the west from Targym the route passed through Egikal through the gorge of the river Chulkha. Here the road forked – one route went through the Tumgoisky gorge, the other went through Khuli – both then came out to the gorge of the river Aramkhi. From there one route passed through the Aramkhi gorge toward Jeirakh and further to the west. The other route went through the Gyrte and on towards the region of Angushta (the upper reaches of the river Kambileevka). Part of the road went slightly northwards, through the gorge of the river Fortanga and Egi-Choj (in this region researchers discovered settlements with formidable citadels, like towers), and then through the region Dattykh-Galashki, before crossing the region of Angushta and further towards the west.

Sturdy fortresses with stone towers have been discovered across the length of the Silk Road in the Ingushetia mountain territories.

The Ingush people have built towers since the beginning of ancient times, however during the 13th century the construction of towers intensified due to the passage of the Silk Road through the mountainous territories of Ingushetia, the control over which allowed the local population to fund constructions. As the passage of caravans decreased during the 14th and 15th centuries, mass construction of towered structures began to decline, although the construction of single towers continued until the beginning of the 19th century. [Kodzoyev N.D. Sources of Ingush tower cultures / Dudarov A-M., Kodzoyev N. Ancient and medieval history of the ingush. Nalchik, 2011. Pg. 38-47].

Director of ancient and medieval history 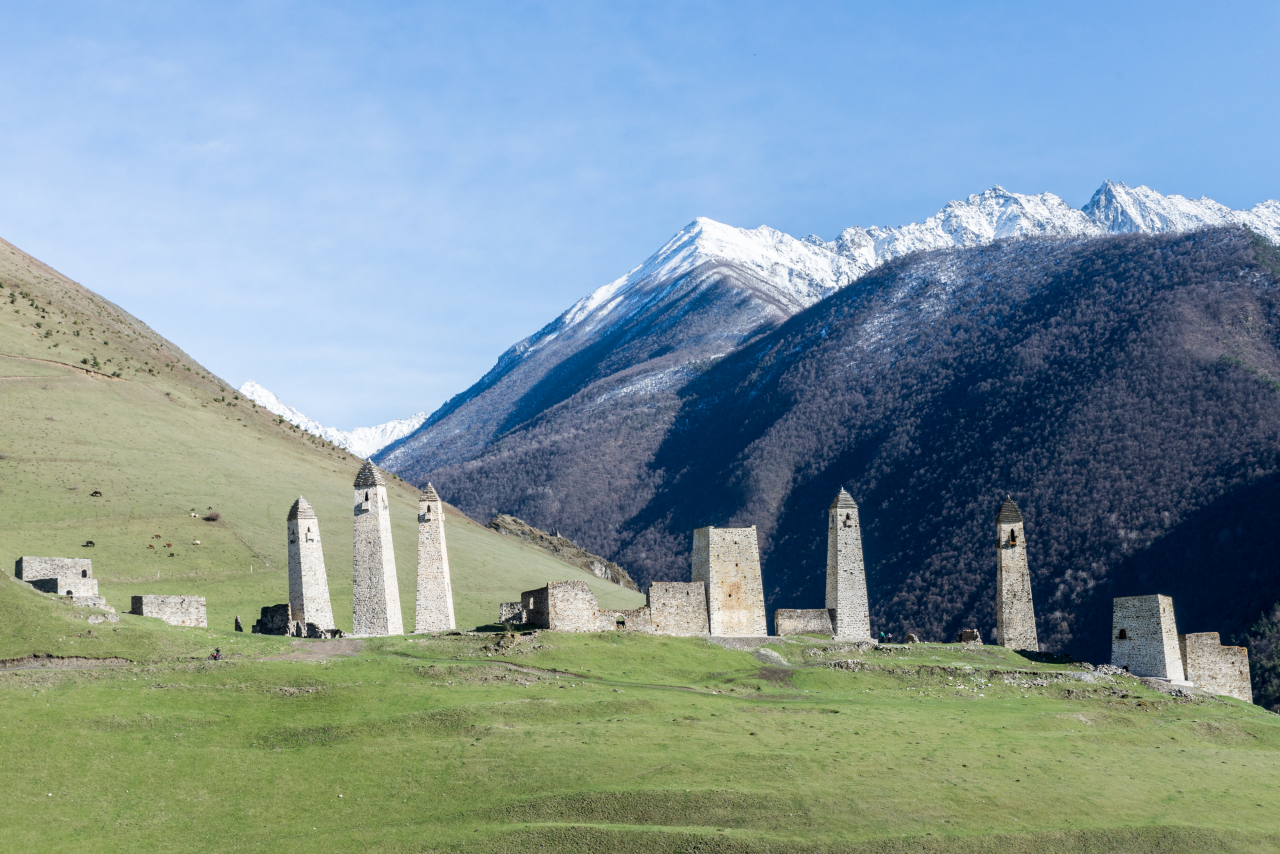 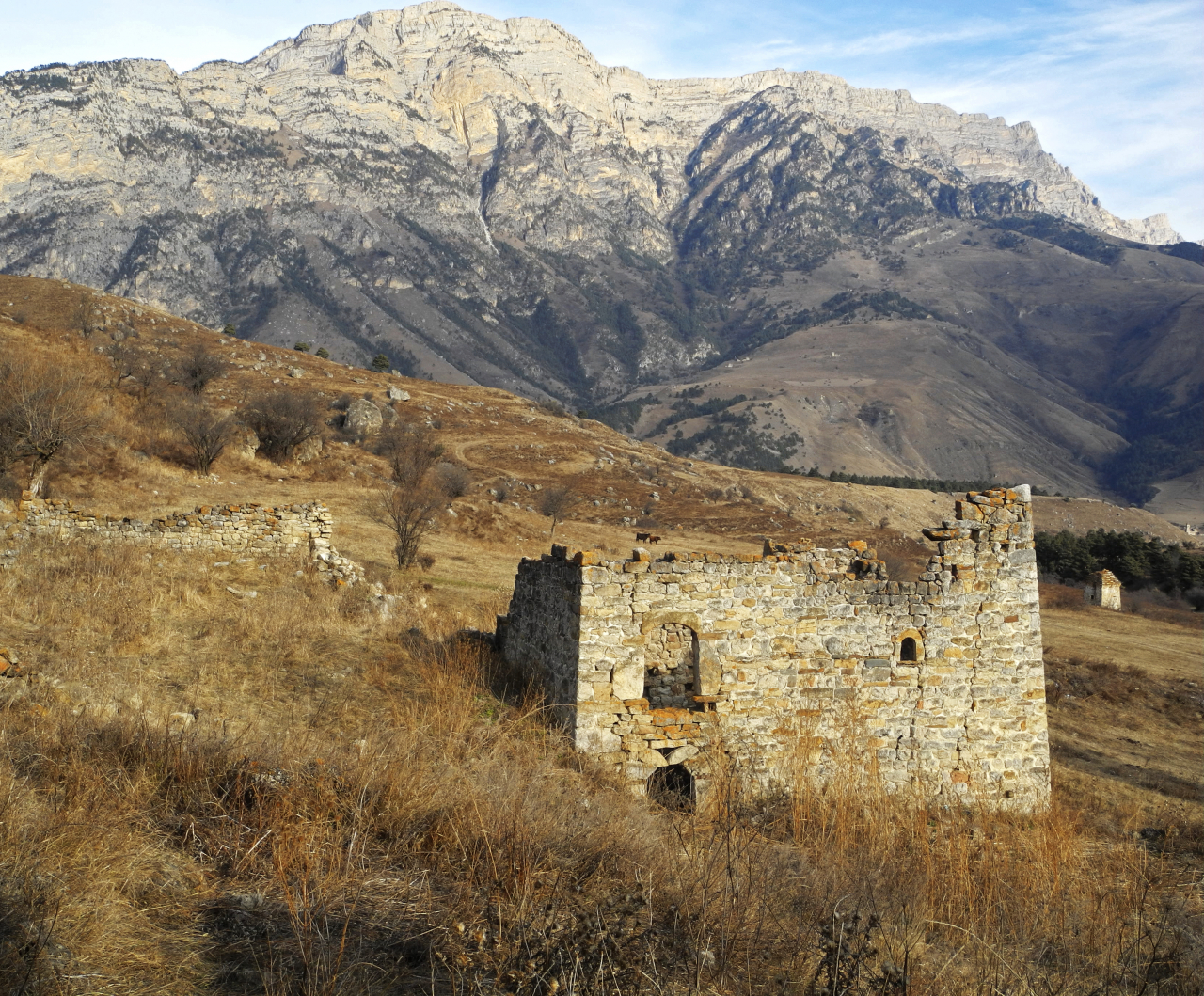 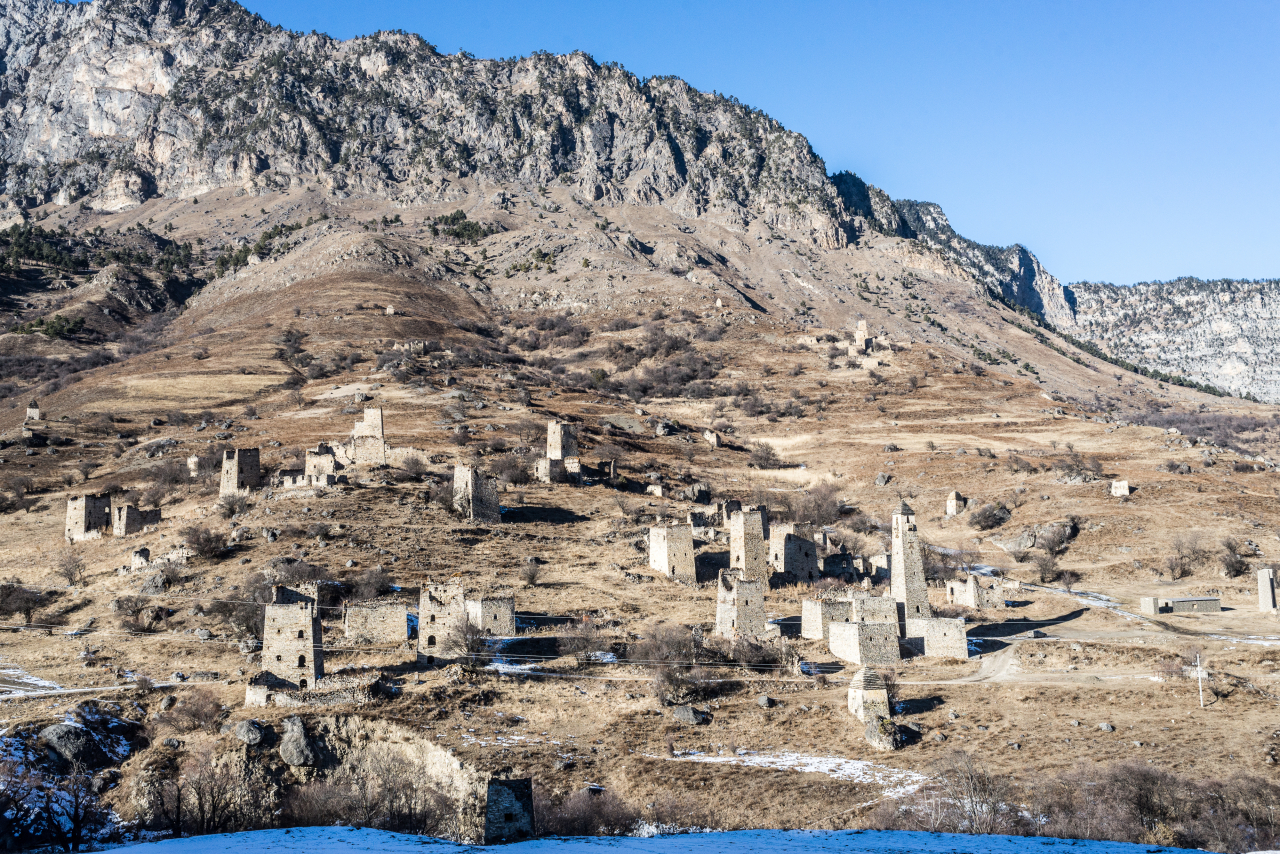 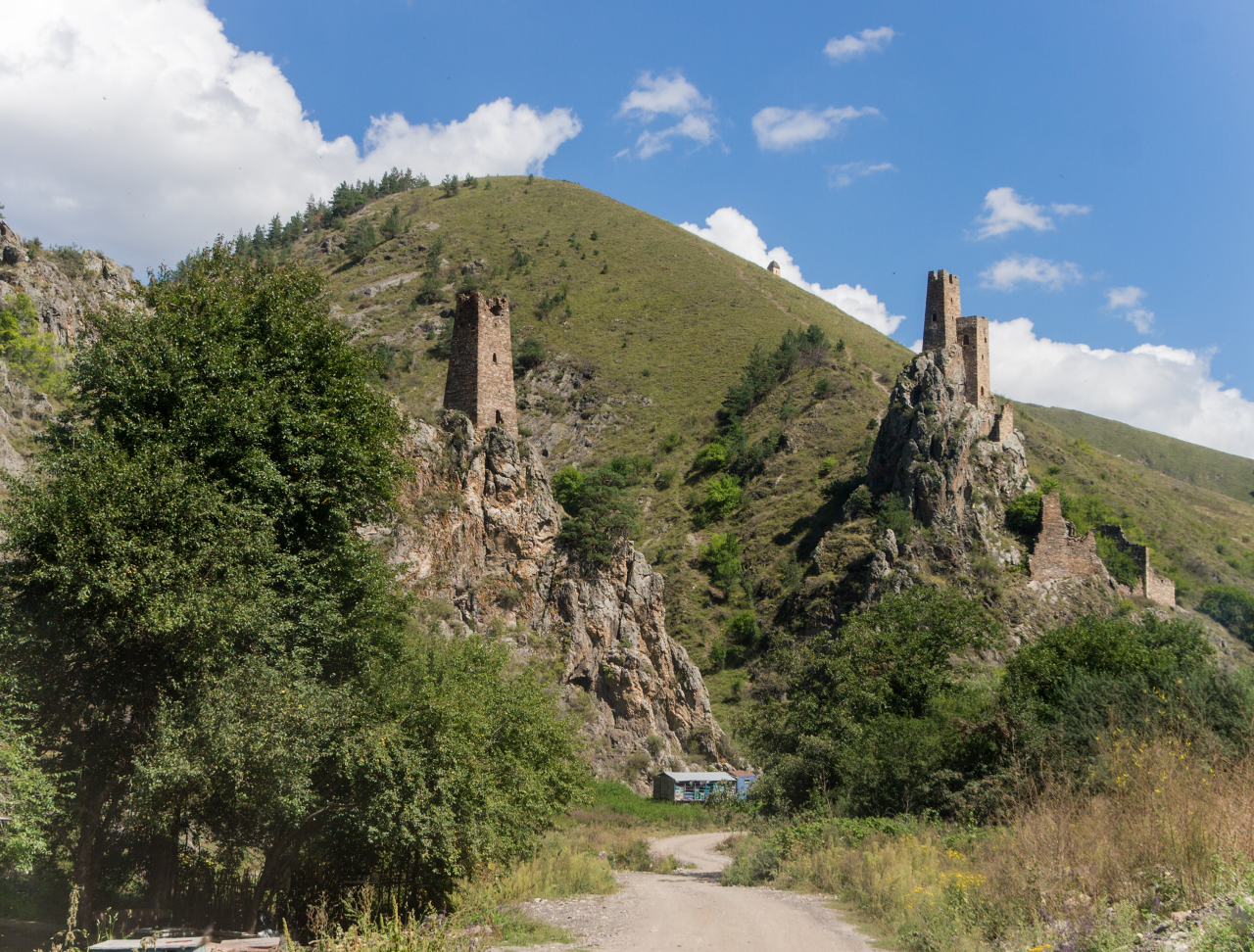 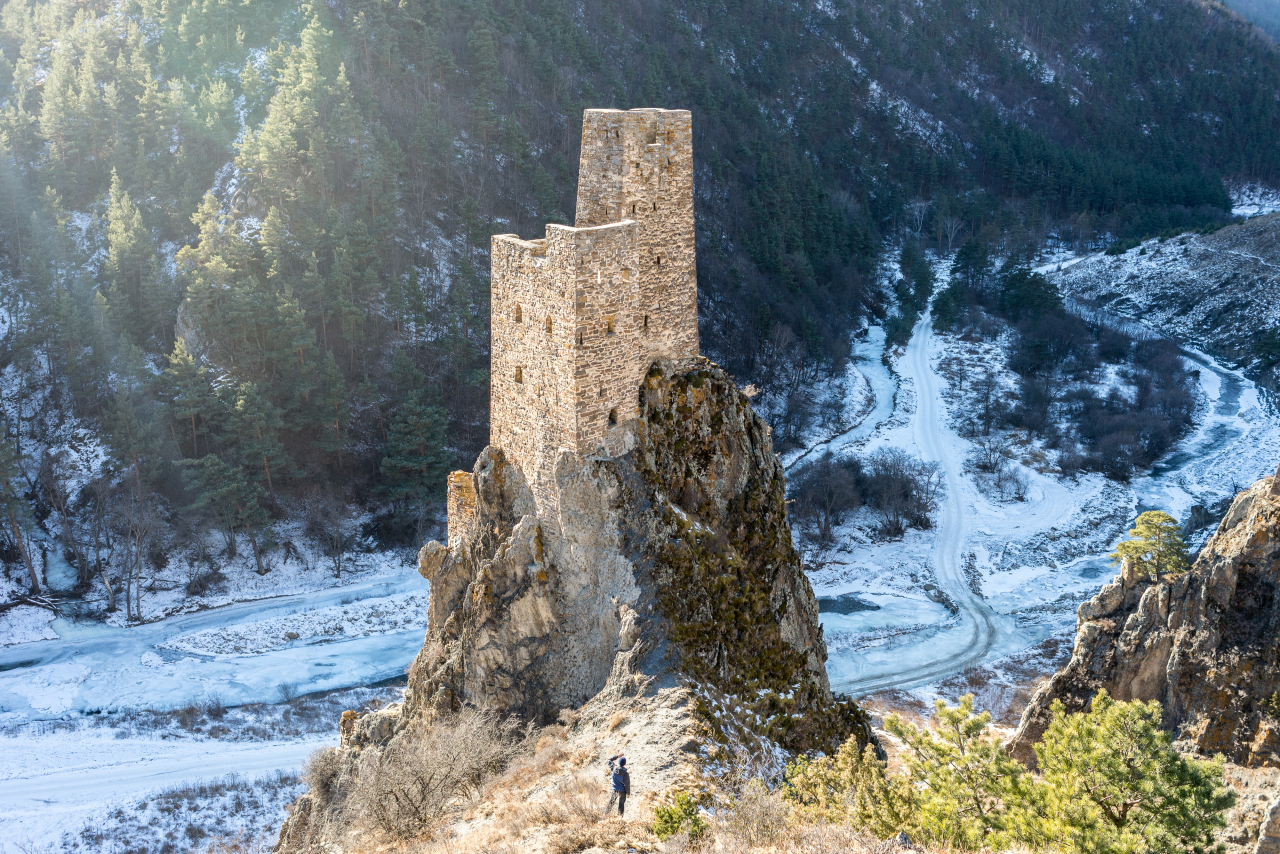