While all efforts have been made to present an accurate account of the status of the Silk Roads in the countries covered, some part of the information provided and the analyses thereof are those of the contributors, and does not imply the expression of any opinion on the part of UNESCO concerning the legal status of any country, territory, city or area or of its authorities, or concerning the delimitation of its frontiers or boundaries. The contributors are responsible for the choice and representation of the facts contained in this portal and for the opinions expressed therein, which are not necessarily those of UNESCO and do not commit the Organization.

Occupying the whole south-eastern corner of the Arabian Peninsula, the Sultanate of Oman’s long angled coastline borders the Arabian Sea, the Sea of Oman, and the Arabian Gulf. This outward-looking position helped Oman occupy a significant place among civilizations both nearby and further afield, and its interactions with the world beyond its borders proved successful over a range of trad and cultural exchanges. Over time, Oman became a thriving portal on the Silk Roads, serving as a bridge between the civilizations of the Arabian Peninsula, East Africa, and those to the distant East and West.

As well as its strategic geographic location, the enormous diversity of Oman’s landscape and its wealth of natural resources created an environment continually supportive of human settlement. Its long coastline facilitated smooth and direct interaction with its neighbours, the kingdoms of Mesopotamia and Dilmun, as well as, further afield, to Persia and the Indus Valley. Oman’s skilled navigators were quickly able to press even further eastward to Southeast Asia, and round the southern tip of the Arabian Peninsula to East Africa and the Nile Valley.

There are several sites and cities in Oman which have played important roles in Silk Roads exchanges at different points in history and which exemplify these interactions.

The port city of Sumhuram/ Khor Rori, located in Willayat Taqah in the southern Governate of Dhofar, dates to the end of the 1st millennium BCE. Sumhuram was amongst the most important ancient ports for the trade of frankincense to neighboring regions. From the middle of the 1st millennium BCE, frankincense became a more widely known commodity as attested to by various historical sources such as Herodotus, Pliny, the anonymous author of the ‘Periplus of the Erythrean Sea’, Ptolemy, Strabo, Theophrastus, Diodorus, and Siculus. From Oman, frankincense was shipped eastwards to the Indian Subcontinent and the Gulf, or westwards along the Yemen coast to Qana. From Qana, the precious merchandise could be shipped to the Red Sea or sent overland towards Shabwa, capital of the Hadramawt, where it entered into the caravan trade that carried it to the Mediterranean at Gaza or to the upper Gulf region along Wadi Sirhan.

The city of Sohar is one of the most important in the Batinah North Governorate in the Sultanate of Oman in terms of ancient trade connections. The city is mentioned in many accounts from historians of the time including those of Al Maqdessi, who described the city as a portal leading to China. Artifacts discovered in the settlement, such as trade seals and well-made red pottery imported from India, suggest Sohar was a prominent trade centre during the 2nd and 3rd centuries CE. This trade boom between the city of Sohar and regions including the Indian Subcontinent, China, Iran and Iraq continued until the middle of the 3 century CE.

Later, Chinese records indicate that ships from the western Indian Ocean originating in Oman frequented the city of Guangzhou as early as 671 CE. By 720 CE, such ships were common sights throughout the region where they were involved primarily in the silk trade. In the 8th century CE, during the ‘Golden Age’ of Gulf commerce Oman stood at an important crossroads, on the route between China and Indian subcontinent in the east, Iraq in the north-west, and the Red Sea and East Africa in the south-west. During this time, the trade route from Baghdad to Guangzhou was perhaps the longest in the mediaeval world. Ships travelling to the Far East carried linen, cotton, wool, rugs, metalwork, iron ore, and bullion, whilst Arab sailors returned with cargoes of silks, camphor, musk, spices, and ceramics.

India, being closer in proximity, was even more heavily involved in maritime trade with Oman than China. Indeed, the products of the Indian subcontinent have been essential not only to the commerce of Oman but to Omani shipbuilding itself from the earliest days of Oman’s maritime history. This was due in part to the fact that the teak from which Omani hulls were constructed was imported from India. Indeed, if China was the source of luxury goods, the Indian Subcontinent provided Oman and the Gulf with many of the necessities for life such as teak, rice and other foodstuffs including limes, which were introduced into Oman from India. In the other direction, Oman exported horses in great quantities to India as well as pearls and frankincense. Finely worked objects in metal and wood also came from India, and the influence of Indian craftsmanship was clearly carried over to similar crafts in Oman.

The Sung dynasty (960 – 1279 CE) presided over another period of flourishing trade, as described in accounts by Moroccan geographer Abu Abdullah Muhammad al-Idrisi in 1154 CE. This included the exchange of not only Chinese silk to Yemen and Iraq but also of swords, textiles, and pottery. Among the first Omani people mentioned in the historic record are the "Omanis" of Sheikh Abdullah from Sohar who visited China in 1050 CE. He reportedly received the honor of meeting Emperor "Jun Tsing" in Beijing and presented him with gifts. The Emperor later appointed him to the role of foreign community representative to the city of Guangzhou. Another notable figure was the celebrated Omani frankincense merchant Al-Qassim, later joined by another prominent Omani businessman, Al-Nadhar bin Maymoun, who settled in China and erected mosques in Chinese cities, including the Grand Mosque in Guangzhou, which dates to around 1009 CE.

Finally, the mediaeval port of Al-Baleed in Wilayat Salalah stands on a small island adjacent to the coast in Dhofar Governorate. The city prospered from the 12th to the 16th century CE. Archaeological evidence indicates that the site dates back to before the advent of Islam. Over the centuries it developed an architectural character of elegant and unique construction. This is particularly evident in the remains of its largest Mosque, one of the earliest in the world, with its 144 columns; it is believed to have been built in the 13th century CE. Al-Baleed played an important role in global trade during the Middle Ages having commercial links not only with the Sindh, the Indian subcontinent, Yemen, Iraq, and East Africa, but also with the more distant civilizations of Europe.

Impacts of these interactions that remain evident in the country today

Oman was home to thriving trade cities throughout Ancient and Mediaeval times and its prosperous citizens had direct access to the most exotic of the luxuries arriving at its ports including silk brocades, porcelain, perfumes, and precious gemstones. A fashion for classic blue and white Ming (1368 – 1644 CE) chinaware drove soaring demand in the 14th century CE, whilst the geometric themes of Islamic art spread west and east along the trade routes, inspiring ceramists, engravers and architects to soaring new heights of creativity and beauty which persist to the present day. Swahili (from the Arabic word for coast), today the most widely spoken language of East Africa, is deeply infused with Arabic vocabulary which was carried with Omani sailors to coastal East Africa. In Oman, limes, which were introduced via trade imports from India, remain one of the countries major agricultural outputs and the country continues to have a strong maritime and shipbuilding culture. Oman maintains a long history of pacifism, diplomacy and the attainment of peaceful relations between nations as exemplified by its historic Silk Roads exchanges. 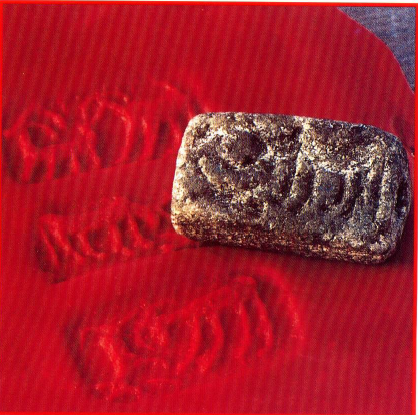 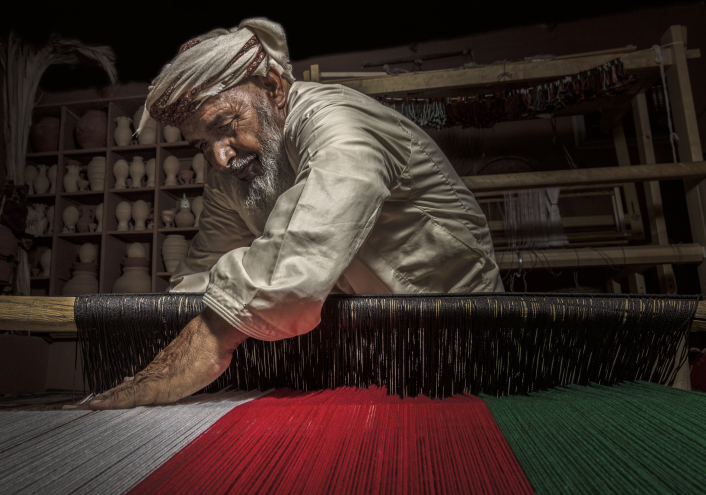 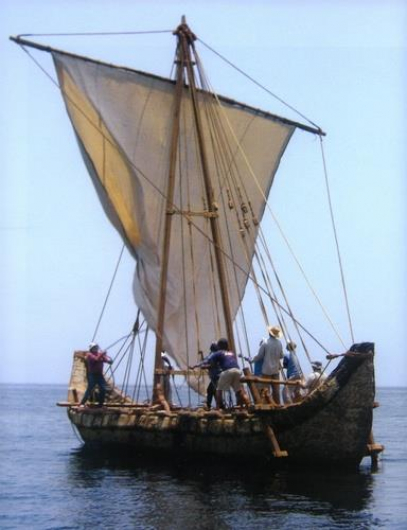 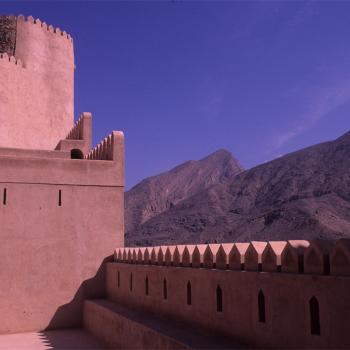 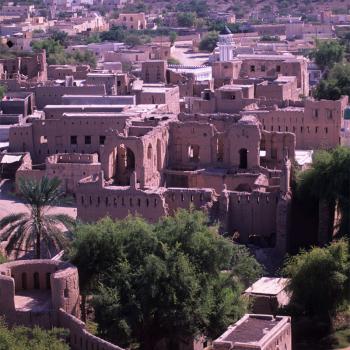 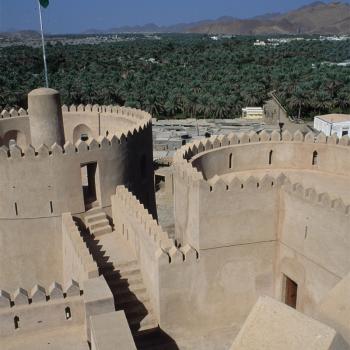 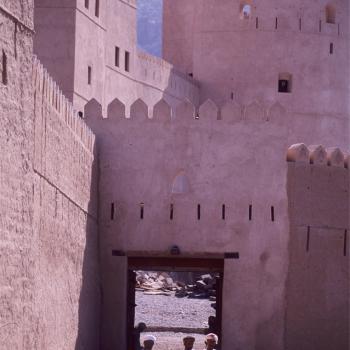 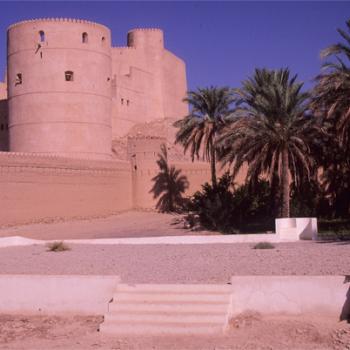 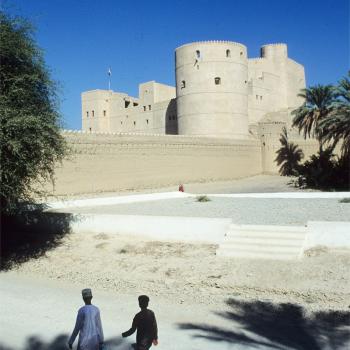 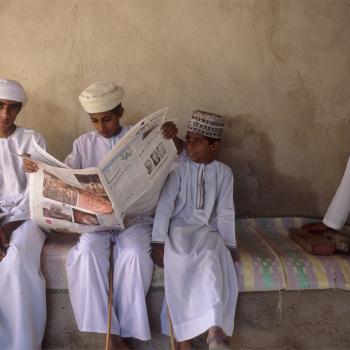 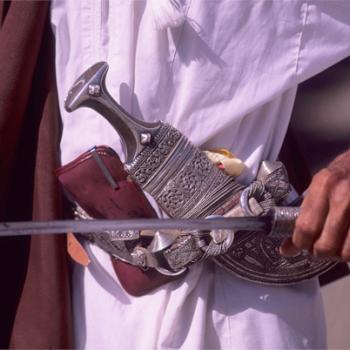 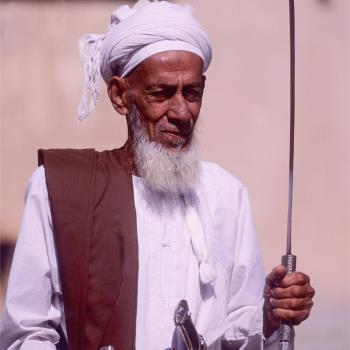 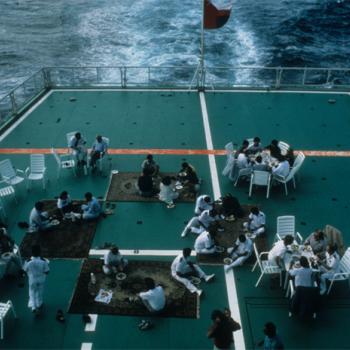 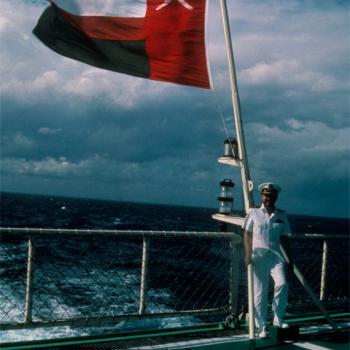