The ancient routes of exchange across Central Asia directly shaped the diets and foods consumed in Eurasia today. In fact, many of the most familiar grains, fruits, legumes, and nuts enjoyed around the world were first spread across Central Asia via the Silk Roads. As novel ingredients made their way into the diets of new communities, and foreign recipes from along these routes reached the courts of Europe, East Asia, and the Arabian Peninsula, gastronomy began to be formalised in the form of ‘proto-cookbooks’ which compiled popular recipes of the time frequently including foreign dishes and novel ideas about the links between diet and health. The earliest of these ‘cookbooks’ were not always instructional ‘how-to’ recipes intended for the general public but were often formalised lists of dishes for royal courts, designed the to showcase the cosmopolitan nature of their culinary appetites.

Some of the very earliest recorded recipes from history come from Mesopotamia, found on Akkadian tablets dating to around 1700 BCE. From antiquity we know of the De re coquinaria (On the Subject of Cooking) a summary of some Ancient Greek and Roman cuisine possibly first compiled in the 1st century CE. It is sometimes (although probably erroneously) attributed to the Roman ‘gourmet’ Marcus Gavius Apicius, and hence the term ‘apicius’ is sometimes used to refer to this cookbook. This collection of dishes has been an important record in piecing together the diets and gastronomic practices of the Ancient Mediterranean. The text of this collection which has survived to this day dates from later, the 4th or 5th century CE, with many of the recipes remaining popular and even surviving in print editions from the 15th century CE.

Amongst the earliest known cookbooks in Arabic are two entitled ‘Kitab al-tabikh’ both produced in Abbasid Baghdad, one compiled in the 10th century CE and the other in the 13th century CE by al-Baghdadi (d.1239 CE), originally containing 160 different recipes. Many of these dishes, such as date sweetened porridge, originated in the Arabian Peninsula, however, others were from the Iranian Plateau including an array of stews listed with their Persian names. Furthermore, from the Eastern end of the Silk Roads, one of the earliest surviving Chinese cookbooks believed to date from around 1330 CE is the ‘Yinshan Zhengyao’ (Dietary Principals) which was compiled by the court therapist and dietician Hu Sihui. Working in the Yuan court (1271-1368 CE) he recorded the cuisine of the day which was heavily influenced by foods from across Central and Western Asia including recipes of Mongolian, Turkic, and Persian origin mainly soups, noodles, and breads. As such it is an extremely valuable record of the diversity and shared gastronomic influences of Medieval Eurasia and formed the basis for the highly cosmopolitan diet and tastes of Yuan China. Additionally, the work was amongst the first to set out dietary principles for good health including moderation, variation, and proper hygiene and food storage.

The popular North West African dish, couscous appeared in a number of medieval cookbooks including the 13th century CE Kitab al-tabikh fi al-Maghrib wa al-Andalus which contains a couscous recipe from Marrakesh. There is also a recipe for couscous featured in the cookbook, Kitab fadalat al-khiwan compiled in the Iberian Peninsula. Couscous was also mentioned by the famed traveller, geographer, and diplomat known as Leo Africanus (1494 -1554 CE) who praised couscous for its taste and nourishment. The appearance of couscous in a number of accounts from historians and travellers suggests the dish spread rapidly to many parts of North Africa, the Arabian Peninsula, Europe, and beyond.

Indeed, as people moved across the Silk Roads passing through such varied terrain including mountains, deserts, and oases, they acquired new ingredients, foodstuffs, and dishes, which shaped many aspects of the culinary traditions that persist today. Foods that have criss-crossed along the Silk Roads include almonds, apples, apricots, peaches, pistachios, rice as well as an array of herbs and spices. Medieval recipe collections made the most of these new and exciting ingredients and writers compiled proto-cookbooks that showcased the cosmopolitan nature of gastronomic traditions of the time, often scouring the lengths of the Silk Roads for new dishes and influences and creating shared heritages in food and food preparation which are still evidenced today. 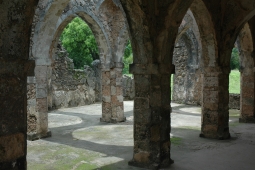 The maritime routes of the Silk Roads can be traced back thousands of years, to links between the Arabian Peninsula, Mesopotamia, and the Indus Valley Civilization. 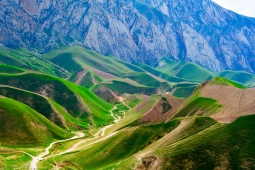 The City of Balkh: Ancient Capital of Bactria and Centre of Buddhism and Zoroastrianism along the Silk Roads

The city of Balkh, situated on the plain between the Hindu Kush Mountain range and the Amu Darya river (the ‘Oxus’ in antiquity), in the north of modern day Afghanistan, sat at a cross-roads along the Silk Roads, with several trade routes intersecting in and around the city. 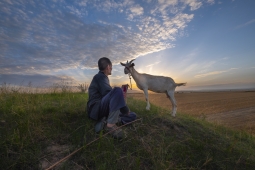 Clothing form and design and associated fashions, for both men and women, constituted a significant part of the cultural exchanged facilitated by the Silk Roads. 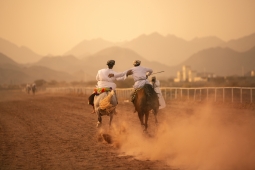 Traditional Horseback Games and Equestrian Sports along the Silk Roads

Animals played an essential role in the exchange and interactions taking place along the Silk Roads.