Sasanian textiles are celebrated in Classical, Islamic, and Chinese sources as highly valuable commodities exchanged along the Silk Roads and which likely influenced the production of many imitations. The transnational fluidity of textiles, the materials used and the ideas and artistic influences evident in their design, resulted in workshops which often utilised a diversity of influences from different regions to produce goods which played a significant role in intercultural exchange, trade, and diplomacy by combing local traditions with savoir-faire and techniques from different locales. A type of textile known as a ‘samite’ is often uncovered from archaeological sites along the Silk Roads, in fragments of varying sizes. Samite was a luxurious and heavy silk fabric worn throughout the Middle Ages made of a twill-type (diagonal weave pattern) and often including gold or silver thread. Textile fragments of this kind have been used to chart and illustrate some of the transmission of different artistic styles, design elements, and patterns as they diffused across the Silk Roads accompanying the movement of people and goods.

For example, two samite fragments, one featuring a winged horse design and another depicting an ibex, a type of wild goat native to Eurasia, were uncovered at a site in Antinopolis, a Greco-Roman, and later Byzantine, city founded in Egypt in 130 BCE and abandoned in the 10th century CE. Here, the winged horses and ibexes are depicted wearing pearl necklaces and floating ribbons, symbols of the Sasanians (224 -651 CE) of the Iranian Plateau. The animals move in procession alternating to the left and the right, with the winged horses sat in the centre of pearl roundels. The use of motifs associated with Sasanian art and power suggest these high quality textiles were produced in a workshop making textiles for the elites of Sasanian, possibly a royal workshop. Both textiles were made using triple yarn for the main warp (the vertical threads) and an effect known as ‘berclé’ in which two weft (the horizontal threads in a woven fabric) colours are alternated to create an colour tone that is a mixture of the two. Another well-known sample from this group of textiles is a fragment from a pair of trousers which depict a figure sitting in the style and attire typical of Sasanian royalty.

However, it has been suggested that the trousers may have been locally produced, rather than imported, with the design heavily influenced by existing Sasanian prototypes which themselves would have been imported into the region via the Silk Roads. It has also been alternatively hypothesised that as there is currently no accompanying documentary evidence recovered alongside the silk fragments found at Antinopolis, there remains the possibility that these textiles, and particularly those decorated with pearl roundels, were instead modelled after Sogdian paintings, which often also featured these design elements, as opposed to from a direct working knowledge or contact with Sasanian textiles. Regardless, whether or not the textiles at Antinopolis were imported, modelled after specific Sasanian textiles, or adapted from Sogdian mural paintings, they indicate the clear influence of pre-existing prototypes and motifs from the Iranian Plateau which were adopted, and sometimes adapted and reinterpreted, by a number of societies along the Silk Roads.

For instance, a similar samite of hybrid design, this one from China, has features resembling those of the textiles uncovered at Antinopolis, with pearl roundels framing four mounted hunters complete with Chinese inscriptions. The piece in question dates from the latter half of the 7th century CE and is an excellent intact example of a samite made in the Tang style but featuring design elements found elsewhere along the Silk Roads. It’s three repeated roundels contain a design in keeping with the traditional depictions of royal hunters commonly seen on Sasanian rock reliefs and metal wares. However, this textile also represents a crucial step in the gradual modification in Chinese art of the typical Sasanian pearl roundel into the floral medallion, a common feature of art from the Tang period. Furthermore, silk from the Iranian Plateau is mentioned in many Chinese manuscripts found in tombs from the 6th century. The chronicle ‘History of the Sui Dynasty’ (589 – 618 CE) describes Sasanian envoys gifting fine silks woven with gold thread to the Chinese Emperor in 585 CE. It is believed that a Chinese silk workshop began making copies of this gifted textile, potentially helping to increase the popularity of textile designs featuring animal or bird motifs contained within pearl roundels. Indeed, many of these stylistic influences from Sasanian art went on to play a considerable role in the art of a number of neighbouring societies particularly that of the Byzantines, and remain an excellent illustrative example of the ways in which concrete artistic elements diffused across the vast regions encompassed by the Silk Roads. 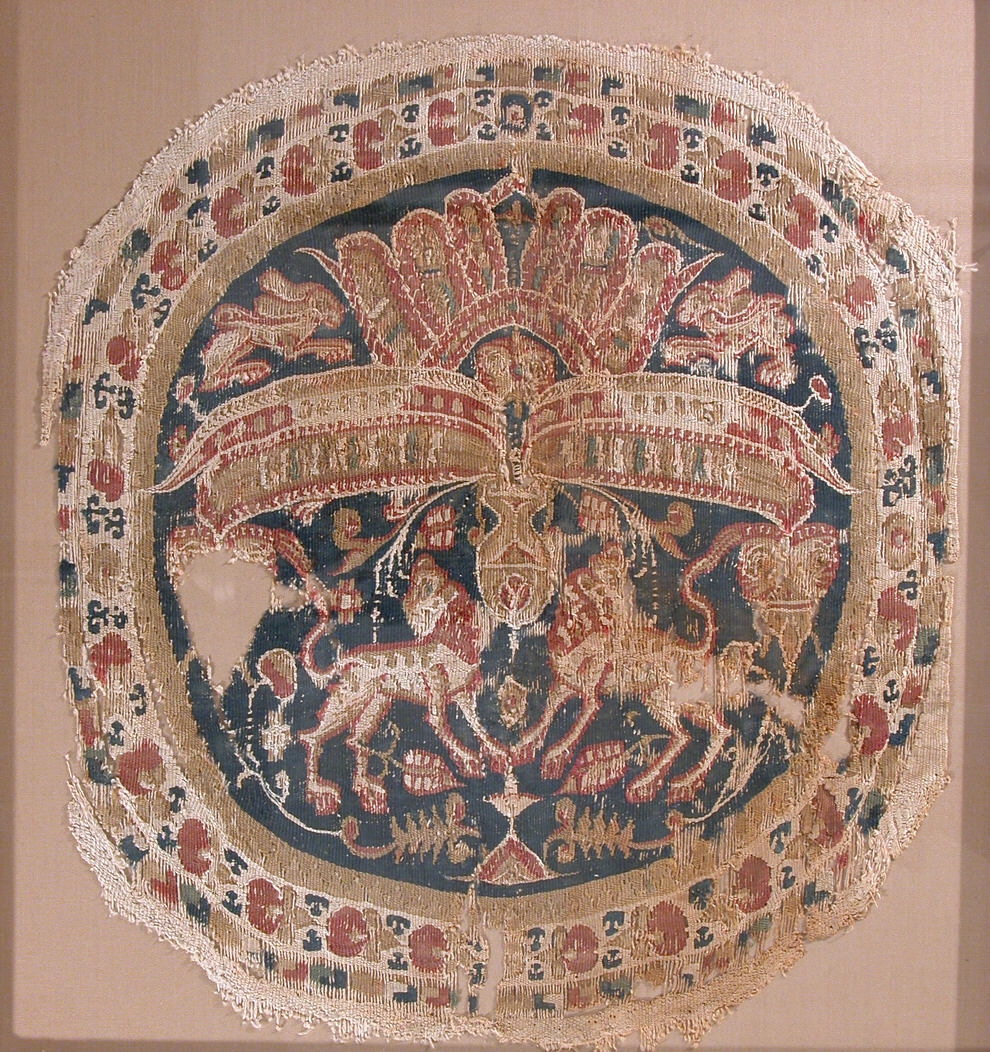 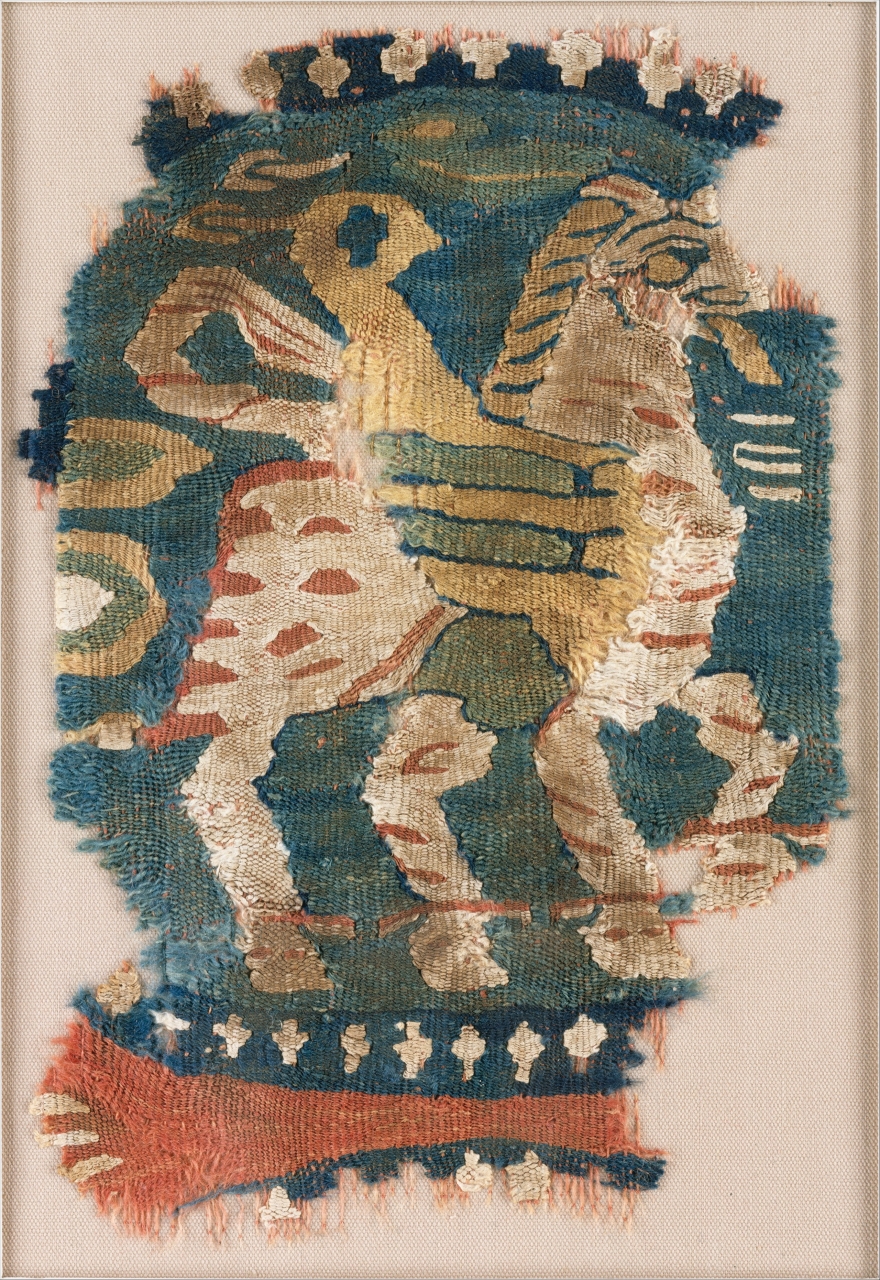 © Metropolitan Museum of Art
Roundel with winged horse, 9th CE. Similar in design to the winged horse samite found in Antinopolis
Previous Next 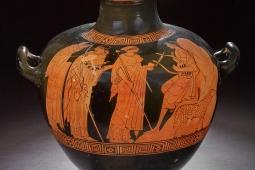 Sometimes practical and sometimes a piece of decorative art, ewers are tall thin vessels with a wide base, spout, and handle that have been uncovered from numerous archaeological sites from along the lengths of the Silk Roads. 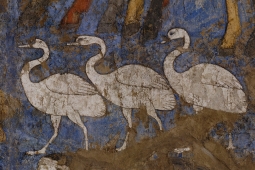 During the height of the Silk Roads, numerous trade routes passed through the territories of the Sogdians who inhabited city states such as Samarkand, Bukhara, Khujand, and Panjikent 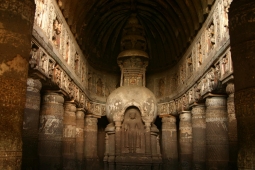 The Silk Roads Legacy of the Ajanta Cave Paintings

The artistic traditions which flourished and influenced one another along the Silk Roads were rich and varied. Amongst the earliest of these was the far reaching spread of Buddhist religious art. 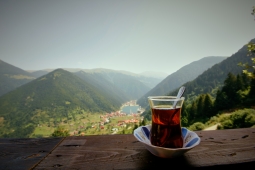 The Diffusion of Tea and Tea Culture along the Silk Roads

The history of tea stretches back over thousands of years and spans not only the vast regions encompassed by the Silk Roads but much of the globe.