Encouraging young people to use cinema as a means of expression for the establishment of a film industry, a project funded by UNESCO’s International Fund for Cultural Diversity (IFCD), has concluded in Madagascar. T-Movie, a non-governmental organization committed to the development of cinema sector through nurturing young talents, led the project.

The future of Malagasy cinema are in young film professionals’ hands. Andry Ramarovelo from T-Movie believes that providing young people with training opportunities is key to realizing a flourishing, sustainable film industry. "When we started meeting young people at initial training sessions, we quickly realized that they had very little exposure to cinema and the inner workings of the industry – a major challenge if you want to get into this industry. Therefore, we decided to modify the curriculum and started the sessions with film screenings and debates. It gave them with an opportunity to analyze films and to understand the different segments of the industry."

The screenings and theoretical classes introduced participants to various professions within the film sector. "In Madagascar, when we talk about film, we always think of the director. During the training by T-Movie, I learned about cinema, especially production – it inspired me to pursue my current career path. I still have a lot to learn and hope to grow professionally in the future", says Alexandra Livarisaina, 25 years old, producer. 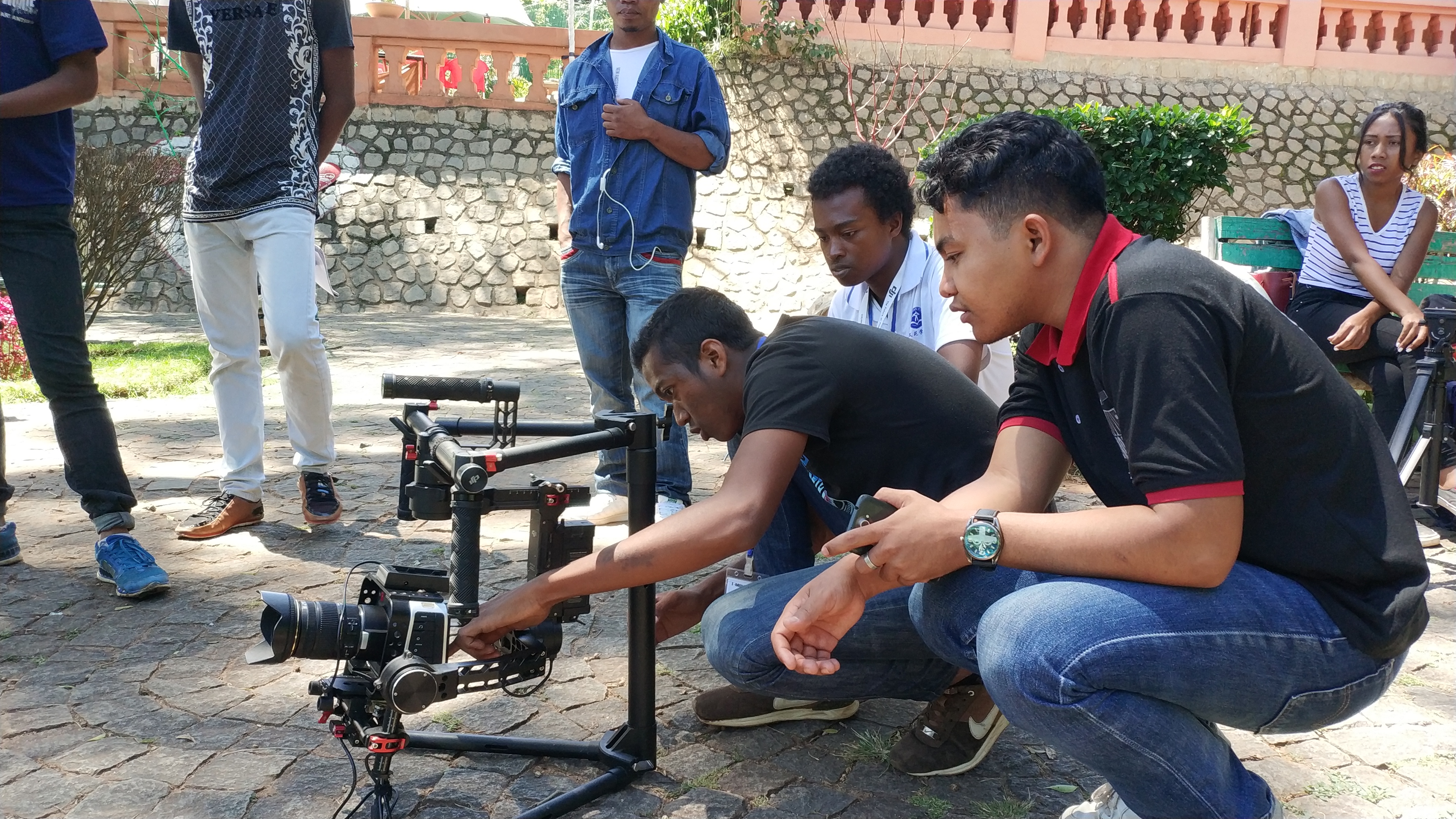 In order to ensure a well-rounded learning experience, these theoretical sessions were followed by practical trainings tailored for producers, directors, camerapersons, actors, editors and colorists. Participants had the opportunity to test their newly acquired knowledge and skills in various creative roles of their choice. "The trainings made it possible to know the different responsibilities of film-related professions. We also learned to work as a team", says Herizo Randriamora, 27 years old. Some were chosen to participate in immersive internship programmes at renowned local production companies such as Sary Sy Feo.

Through experimenting in unfamiliar roles, many young people were inspired to push their professional boundaries. "You come to T-Movie with a simple dream of making a movie – and you wake up to endless possibilities of how to be part of filmmaking", says Eddy Andriamahenimanana, a participant. Herizo continues, "I'm a cameraman. After the training with T-Movie, I decided to explore post-production and visual effects."

In addition to the professionalization of cinema professionals in Madagascar, film festivals were organized in the five provinces of the country – Mahajanga, Toamasina, Toliara, Fianarantsoa and Antsiranana – in order to provide the wider public with access to contemporary Malagasy cinema. Thanks to the collaboration with high schools across the country, more than 2,000 young people discovered these new films. "I want the public to witnes the transformation of Malagasy cinema. Over time, young people began to lose interest in local films cinema; showing them new and innovative works that speak to them is the best antidote. The short films produced as part of the trainings and screened at high schools brought a touch of modernism and aroused the interest in young people, and gave the audience a glimpse of the new vision and possibility of our cinema industry", concluded Andry.

The vision is spreading fast across the island, ambitious young talents at the helm.