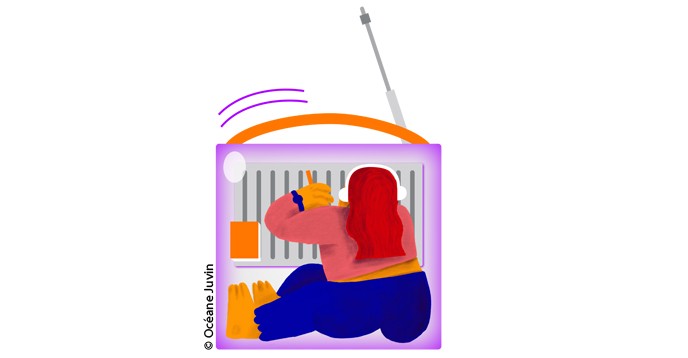 The Wide Angle section of this issue is published to mark  the occasion of World Radio Day, celebrated each year on 13 February.

Is radio out of date? Is it time to bury this medium that entered our homes nearly a century ago? Far from it. Certainly, the transistor of yesteryear has lived its life. Linear listening, ear glued to the radio receiver, has had its day. Radio has begun its digital transformation. Today, listeners are just as likely, if not more so, to tune in on their mobile phones or computers.

A major factor in reinventing the medium has been the production of podcasts – programmes available on demand. Radio can sometimes even be watched, when programmes are filmed and posted online. The listener has evolved too. Once passive behind their devices, they can now take part in broadcasts, and even help shape programmes, by voicing their opinions on social media.

So it is a very different but thriving medium that we now celebrate on 13 February each year, on World Radio Day. Proclaimed in 2011, the Day reminds us of the crucial role of this medium, which reaches a wide audience, even in the most isolated areas or in emergency situations. Since UNESCO’s creation, the Organization has relied on this key medium to help fulfil its mandate to foster freedom of expression and the free flow of ideas throughout the world.

The Organization provided programmes to radio stations around the world, supporting radio information campaigns – such as the 2016 information campaign on the Zika virus in Latin America and the Caribbean – something it continues to do today. UNESCO offers training in radio broadcasting and reporting, as it has done for young Syrian refugees in Lebanon since 2014. It also supports the creation of community radio stations, or those broadcasting in the aftermath of natural disasters.

The theme of World Radio Day 2020 is diversity. This remains a burning issue because the representation of women, minorities and people with disabilities on the airwaves is still  unsatisfactory. We have come a long way since female reporters had to make way for men to read their reports on air, because male voices were considered more credible. But the challenge is real.

The lack of statistics in many countries makes it impossible to draw a global map of diversity in radio. But the data that does exist, speaks for itself. In France in 2018, women accounted  for thirty-seven per cent (Conseil supérieur de l’audiovisuel (CSA), 2019) of radio broadcasters. They constituted twenty-three per cent of political guests, and thirty-seven per cent of experts on radio. In the United Kingdom, while fifty-one per cent of radio staff were women, only thirty-six per cent held positions of responsibility (Ofcom, 2019). Another example: in the United States, in 2017, only eleven per cent of radio newsroom staff were from minority backgrounds (The Radio and Television Digital News Association (RTDNA) and Hofstra University Newsroom Survey, 2018).

It is important that radio reflects the audiences it serves more accurately, because diversity in radio is the key to fair and independent information. It is also a means of giving a voice to the variety of cultures and opinions that form the basis for critical thinking.

In spite of the evolution of radio in recent years, it remains that irreplaceable voice which populates our solitude and seems to speak to us alone – even though it addresses the multitude. In a world invaded by screens, “paradoxically, one advantage of radio is that it is not accompanied by the image”, noted the UNESCO Courier in the editorial of its February 1997 issue devoted to radio.

This message is just as relevant today. “The chief quality of the TV image – that it seems so realistic – is actually its main flaw because it inhibits our imagination and our capacity to stand back and think,” the editorial continues. “We shall always need sound without image as part of our right to interpret for ourselves, as we tune in to the morning news, the meaning of world events.”

Click here to read more about radio in the Courier. 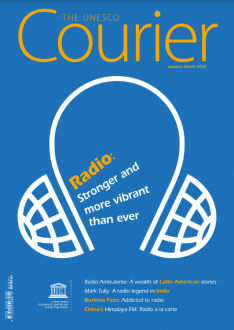