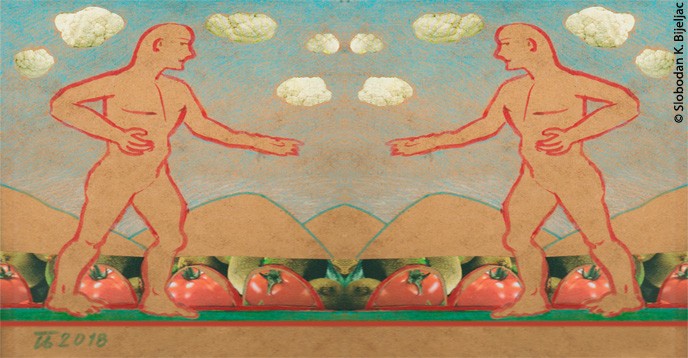 The first declarations of the rights of man, proclaimed by several nations, go back to the eighteenth, or even the seventeenth century. At first, they were characteristic of the democratic regime, but are today inscribed in nearly all, if not all, modern constitutions, where they form a long and detailed section which tends to become increasingly long and detailed.

Originally, they were limited to civil and political rights; they were then extended to other, economic rights, which have also been described, rather vaguely, as social rights. In addition to rights, these declarations set forth the guarantees without which the rights cannot become effective.

It is by the extent of these guarantees that we can judge the value of the political regime of each nation. Not infrequently, nationalist prejudices deprive foreigners of what are called social rights. Nor is it rare for vicissitudes of internal politics to destroy all these rights and guarantees. We also see the existence and survival of oppression, with the aid of modern automatic weapons and the resources of the public treasury, which the dictators of today always know how to exploit. Thus national declarations have proved inadequate.

The joint proclamation of these individual rights, made by the civilized nations, will constitute not only a perfect guarantee for man, the full expansion of his personality, in every corner of the globe; it will also be a proof of the political identity of nations, of the realization of democracy throughout the world, of the universal spread of culture. All national declarations will have a common denominator.

We must not imagine that all nations have now reached the same degree of perfection in the recognition and guarantee of the rights of man. But the joint declaration will serve as a guide to the legislators of the different countries; it will encourage the expansion and improvement, along the same lines, of national declarations, which are still incomplete or inadequate, raising them to the level which all should attain. It is necessary not merely to make good the omissions in the declaration of each country, but also to try, as far as possible, to eliminate discrepancies due to different, sometimes diametrically opposed, concepts. Relations between States are based on the assumption that the internal politics of each nation are the concern of all nations. The international declaration will thus be a factor for democratization and international peace.

The international declaration of rights will also be a factor for peace, because it will be able to reconcile the two divergent, if not antagonistic, political concepts confronting each other in the world today. Although reconciliation on a world scale is quite impossible, the declaration of rights will be made by the nations sharing the same ideal. In this connection, we should stress the declarations of the Pan-American Conferences of Rio de Janeiro and Bogota, and the report of the Inter-American Legal Commission. In any case, the international declaration can no longer be delayed.

Moreover, it would be useless; it would be superfluous to make a joint declaration of rights which every country already recognizes and guarantees. The elementary, fundamental rights, recognized by all nations, do not need an international declaration to command respect. When, in the middle of the war, President Roosevelt proclaimed the four fundamental rights: freedom of speech, freedom of worship, freedom from want and freedom from fear, he was thought to be going too far. Today, no one can be satisfied with the affirmation of these elementary rights. The simple rights, granted by the Charter of the United Nations, to the Economic and Social Council, of making “recommendations” in order to “promote respect for the human rights and fundamental liberties of all peoples, and to make these rights and liberties effective,” no longer satisfies the demands of our contemporary legal conscience. These rights and liberties must be given a real and effective guarantee.

A factor of democratic progress

Of course, each State, when signing the Convention, will have the right to make reservations concerning clauses or declarations to which it does not immediately subscribe, and which it does not pledge itself to respect. These reservations will gradually disappear. Little by little each State will recognize the rights which it did not recognize at the outset. It is only in this way that the Convention can become a factor of democratic progress in the world.

The recognition of certain fundamental rights can be demanded immediately. The existence of a democratic government can be made to depend on this recognition. It will be a requisite minimum for admission into the international community, more significant than the vague expression, “nations united for peace”, adopted in the United Nations Charter.

This minimum will consist of the rights concerning life, liberty, work, education, equality and participation in the government of one's own country. It is on this basis that we must establish the other, increasingly numerous and more clearly defined rights, by which progress towards democracy is made.

Each of the fundamental rights involves sub-divisions, applications and consequences which form a complete table of rights. Some of them, in particular cases, give rise to other rights, by reason of special circumstances, such as age. The right of living implies the right to a minimum subsistence, to health, by medical and hospital treatment, the fight against disease, the free constitution and defence of the family; the right to State protection, nationality and naturalization. Freedom implies a great number of other rights, including some of the fundamental rights mentioned above, such as the right to work and the right to participate in government. The latter becomes the right to a government chosen by universal suffrage.

Freedom includes not only the four freedoms mentioned by Roosevelt; there is also liberty of conscience, thought, opinion, worship, association, residence and change of residence, freedom of information, the dissemination of information and scientific research. From the right to work, we have the right of ownership, the right to leisure, the right to share in economic advantages, and the right to fair remuneration.

All these rights demand and presuppose the right to justice and the right to resist oppression. The right to justice becomes continually more complex; it includes the right to be tried under a previous law, to trial in public, to the assistance of freely chosen counsel, to be free from all pressure; the right to hear one's judges and to be heard by them; the right to swift, sure and efíective protection of all threatened or unrecognized rights. In addition to all the rights listed and defined, it is necessary to safeguard implicit rights, all those which are necessary for the exercise of each of the explicit rights, or which follow from the explicit rights or constitutional government. This is provided for in the Brazilian and the American Constitutions.

The Convention will go far towards codification, if we may use the expression, of international relations, by attempting to subordinate these relations to infallible, clearly-defined legal rules. This work is complex and difficult, and is being achieved gradually along the lines defined above. However, the Convention will immediately necessitate a central body analogous to the International Labour Office to coordinate and supervise its execution. Later, it will involve a jurisdictional body, which might be the International Court of Justice. Finally, it will need a specific, autonomous tribunal, before which individuals may plead against States, in order to safeguard their rights. This will be the last stage in a laborious evolution, which cannot be achieved straight away. The course of this evolution is inevitably bound up with world political conditions, and particularly with the realization of collective security. But nothing must be done to prevent or hinder it.

Jurist and essayist Levi Carneiro (1882-1971) was the founder and president of the Brazilian Bar Association (1932), and held several national and international posts, including legal adviser to the Ministry of Foreign Affairs, Brazil and Judge at the International Court of Justice in The Hague (1951-1954). Carneiro was also president of the Brazilian Academy of Letters in 1941 and a corresponding member of the Lisbon Academy of Sciences. 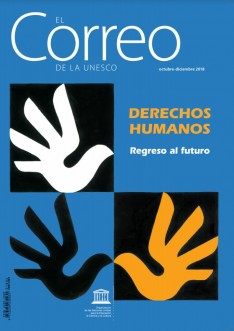