Artistic freedom is a pillar of freedom of expression. And UNESCO, for the second year running, will highlight, with the financial support of the government of Denmark, the issue as part of the World Press Freedom Day discussions. A high-level panel and artists’ panel will introduce the topic of artistic freedom at a pre-event on 2 May, debating cultural policies. The former UN Special Rapporteur on cultural rights will then lead a parallel session on 4 May on “ensuring artistic freedom” with a more international perspective.  Another event, in the form of an informal workshop, on 3 May will bring together international professional networks to discuss the state of training materials in promoting artistic freedom. 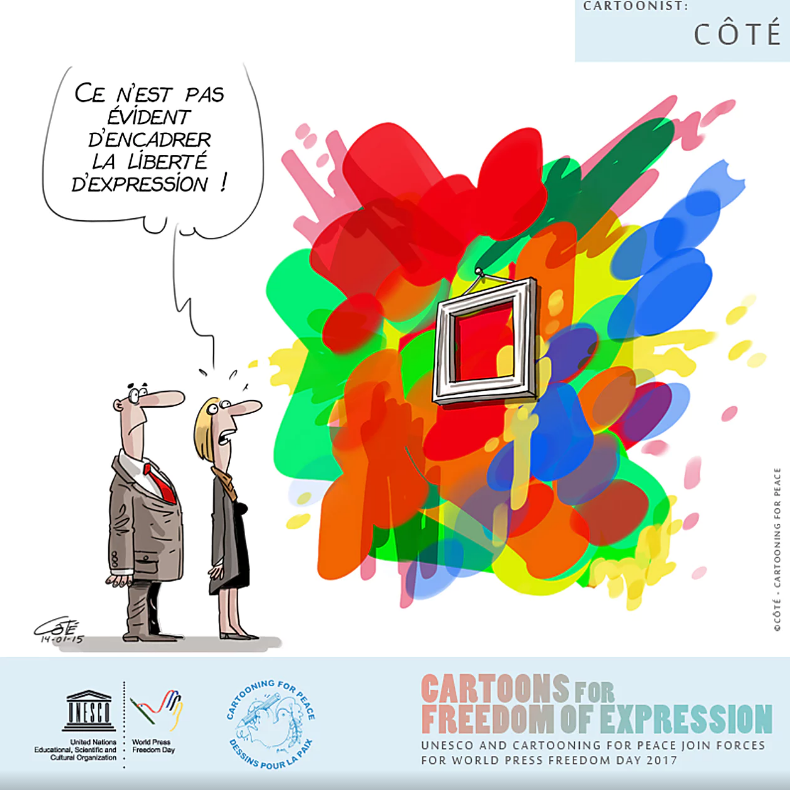 Dagfinn Høybråten, Secretary-General of the Nordic Council of Ministers, will also reflect on these issues via a video message. He will follow up on the “Helsinki Declaration” from last year’s World Press Freedom Day in which Ministers from Nordic countries united in their support of promoting the diversity of cultural expressions and artistic freedom in a digital age.

Following the high-level panel, artists will address the question of freedom of expression in an age of globalisation. Ole Reitov, former Executive Director of Freemuse and chair of the session, will set the scene by introducing the topic from the perspective of a civil society organisation which tracks violations of artistic freedom. The debate between photographer Shahidul Alam, film director Garin Nugroho, Seok-Kyu Choi CEO, AsiaNOW Productions, and Film Director and producer Rahul Chittela - all artists from the Asia-Pacific region – will bring a regional perspective

Farida Shaheed, will then lead one of the main sessions on 4 May posing the question on what strategic action is needed at an international level. The former UN Special Rapporteur on Cultural Rights, and author of the landmark Report “The right to freedom of artistic expression and  creativity” (2013), will ask how to ensure international law in this field is upheld.

She will be joined for this panel of experts by Hilmar Farid Director-General of the Indonesian Ministry of Culture and Education; Anupama Sekhar, Director Culture Department of Asia–Europe Foundation; Khadija El Bennaoui, Arts director and adviser for Art Moves Africa; and Sara Whyatt, former Deputy Director, PEN International to delve deeper into the topics of artistic freedom as a fundamental right, how to support artists under threat and how to monitor artistic freedom.

Casper Klynge, the Ambassador of Denmark to Indonesia will round off the session by responding to questions on policies to support fundamental freedoms through the implementation of the 2005 Convention on the Promotion and protection of the diversity of Cultural Expressions.

As World Press Freedom Day brings together many experts and practitioners from around the world working in the field of artistic freedom, it is also an opportunity to discuss future directions.

On 3 May, UNESCO will therefore convene an informal workshop session with the key international networks (such as Freemuse, Index on Censorship, Arts Rights Justice Working Group, Artswatch Africa, Asia-Europe Foundation, Art Moves Africa, etc) to begin devising a new resource on international legal instruments such as the 2005 Convention on the Protection and Promotion of the Diversity of Cultural Expressions and the 1980 Recommendation Concerning the Status of the Artists. Whilst several toolkits have been developed by academics and civil society groups, none so far have been directly linked to these international normative instruments and UNESCO seeks to work with partners to develop training materials to help develop capacities in this field.

Live webcast links for the event: